The Heliand (The Being in the Crypt part 2)

One of the many cool, fun, and interesting things about being on this course is some of the texts I stumble upon. For my last paper, one of those was The Heliand.

The Heliand is a great 9th C Saxon epic paraphrase of the gospels. This is not a merely a translation, but an imaginative retelling that is a “contemplative integration” of the Saxon magical worldview and the new religion from the Mediterranean, it melds the older Saxon views of magic with the newer, more acceptable miracles. The evangelists are described as the “word wise warriors” that accompanied the great chieftain, Jesus. Horse guards have replaced the shepherds in the fields, because in Saxon culture a horse guard has much more status than a lowly shepherd. It calls Jesus, among other titles, a great magic worker who taught his disciples “secret magic powers,” and who turned the water into wine with the use of “a secret runic mystery.”

Like the Saxon audience for the Heliand, England had recently been conquered, in this case by the Normans. Anselm, the new archbishop who built the crypt wherein my liontaur lives, was allowing the cults of many of the Anglo-Saxon saints, which had been suppressed by Lanfranc, the previous archbishop, to be revived. So influences of the old and new were mixing and mingling, creating something new. I feel like my liontaur straddles this line. 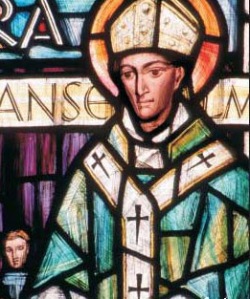 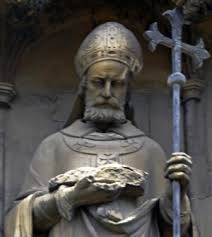 I also think it is worth examining The Heliand for traces of old Northern magical practices. The attitudes of the Saxons toward the power of performative words and gestures shines through the text, and it is a fun read.